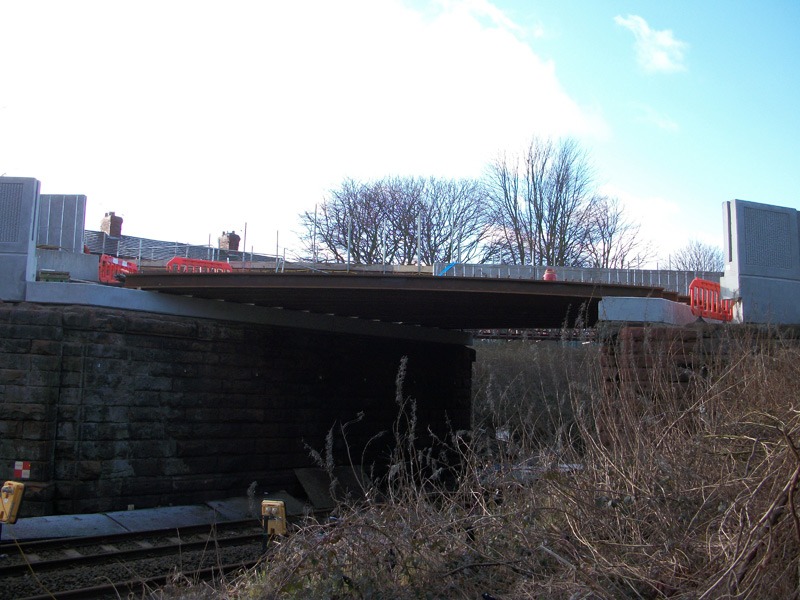 Network Rail’s vision for faster, more frequent rail services between the region’s main cities as well as plans to electrify the railway between Manchester, Liverpool, Huyton and Wigan commenced work in early January 2012.

Shay Murtagh Precast manufactured and delivered the precast units and bridge beams required for this project.

Included in the works were two bridges situated in Prescot. These being at Old Lane and Portico Lane, both of which had to be rebuilt as there was insufficient headroom to accommodate the future 25,000 volt overhead powerlines. Network Rail contracted J. Murphy & Sons who sub-contracted the manufacture of the precast bridge beam units to Shay Murtagh Precast.

Also included in the project were several approach walls. The road face walls and approach walls at Old lane were subsequently clad in a sandstone block to encompass the original style of the bridge which was a local planning requirement.

Trial erections of each bridge were undertaken and inspected by Network Rail and Murphy's management team after which logistics were organised. Delivery and successful installation of the units commenced in February to Old Lane and in March to Portico Lane during planned 54 hour rail possessions.