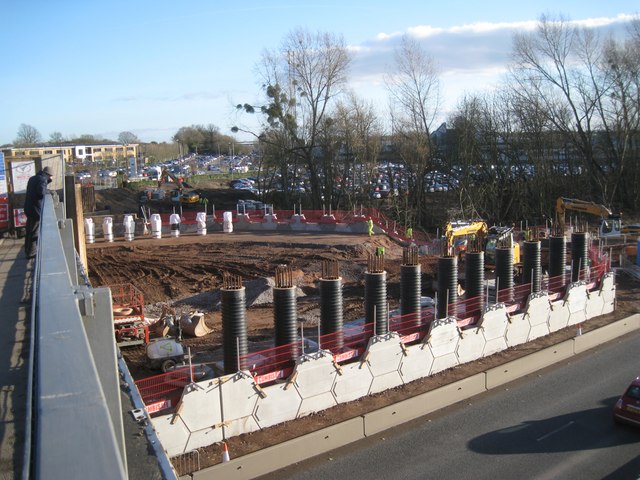 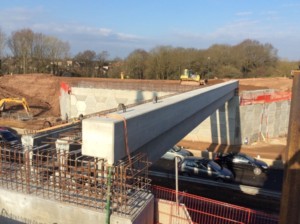 Shay Murtagh Precast were contracted by Costain to be their supplier for all precast units on the complex Whitley Junction Improvement works in Coventry. Costain carried out the works for Coventry City Council to remodel the junction on the A444, one of the busiest routes in Coventry. The project was undertaken to improve traffic flow and reduce congestion.

The project also included a large quantity of reinforced soil in the construction of the two new bridges as well as the long slip road retaining wall. The system chosen was the HexLok system and 750 HexLok panels were manufactured for these structures.

The extension of existing reinforced concrete walls and bridges with reinforced soil structures required a large number of the HexLok panels to be specially cast in order for the new structures to join seamlessly with the existing bridges.

Efficient production and comprehensive logistic planning ensured that the units were completed to the highest quality standards and delivered to site on time as per the client’s schedule.

Costain is one of the UK’s leading engineering solutions providers and we congratulate them on the successful completion of this project. We look forward to our next collaboration.