The widening of the M50 motorway around Dublin was one of the largest infrastructure projects under construction in Ireland over the past number of years. This project involved construction of 21 bridge structures, the upgrading of seven interchanges and the widening of 23km of motorway. Shay Murtagh Precast supplied the precast concrete to these bridge structures including the very innovative precast concrete viaduct bridge on the most difficult and complex interchange at junction 6 where the M50 and the M3 meet at Blanchardstown. Known as ‘Structure 17’ , this large curved viaduct bridge spans over a live railway, canal and the existing N3 dual carriageway and now completed it ensures free flow from the eastbound N3 to the southbound M50.

For this viaduct project, the general scheme of the structure is a group of six precast post-tensioned curved U-shaped beams departing from one abutment and splitting to connect with two more abutments, one receiving two of the six beams and the other the remainder. The project was a tremendous success for all involved with the new interchange officially opened ahead of schedule in August 2010. 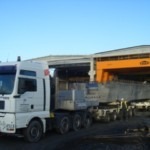 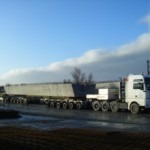 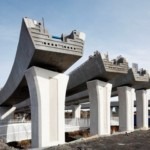 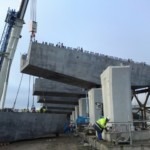 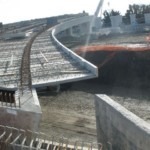 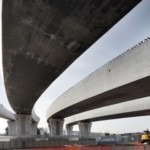 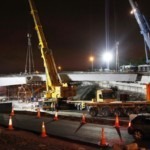 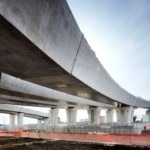 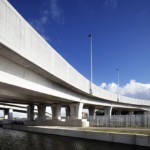 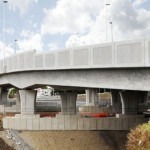 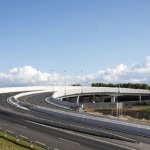 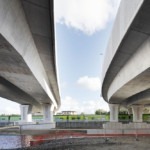 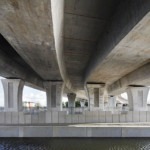 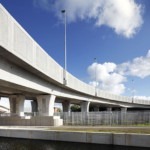 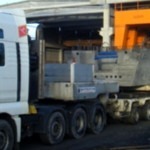 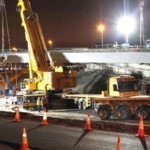 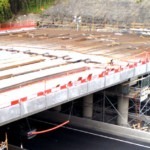 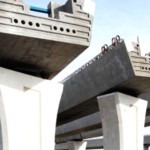 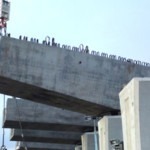 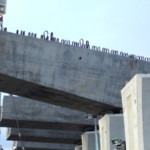 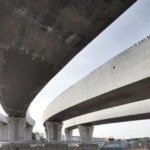 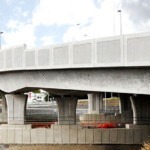 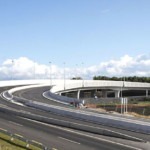 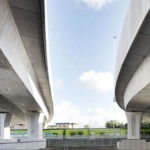 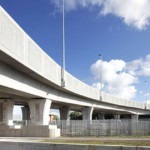